Our Team Is Our Success

Every show, award and ground-breaking technique reflects each dedicated and profoundly talented team member. Together, we create enriching and entertaining international programming 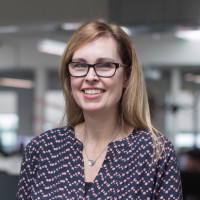 Jennifer Twiner McCarron is an award-winning producer and has been the CEO of Thunderbird Entertainment Group since 2018. Having joined Atomic Cartoons (Thunderbird’s Kids and Family division) as the Head of Production in 2011, Jenn was promoted to its chief executive in 2016, and under her leadership the studio grew from 25 artists to more than 1,200 today. She continues to hold both CEO roles, overseeing Thunderbird’s overall business as well as a team of more than 1,400 people across Vancouver, Toronto, Ottawa and Los Angeles. 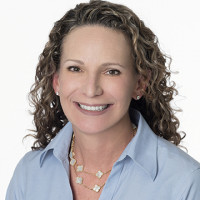 Marni Wieshofer previously served as the CFO and EVP of Corporate Development at Lionsgate Entertainment where she oversaw the company’s U.S. IPO, mergers and acquisitions, corporate finance and other strategic financial initiatives and as SVP Corporate Development and M&A at Media Rights Capital. More recently she was Managing Director, Head of Media in Houlihan Lokey’s TMT Corporate Finance Group, based out of Los Angeles, providing M&A, capital markets, financial restructuring and financial advisory services and was a Managing Director and Partner at MESA. Marni is a member of the Board of Directors at Organigram Inc. (NASDAQ: OGI, TSX: OGI) and Hycroft Mining Holding Corporation (NASDAQ: HYMC). She also sits on several private institution boards of directors including Acceso Impact, Inc. and the Dean’s Advisory Board at the Rotman School of Management. 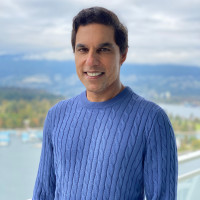 Azim Jamal is the CEO and Founder of Pacific Reach, a diversified investment company. He has extensive experience managing and overseeing investments in several industries, including real estate, hospitality, healthcare and private equity. In addition to his responsibilities with the Pacific Reach group, Azim oversees the creative direction and strategy for the company’s Hospitality and Entertainment Division. Azim is a member of the Young Presidents’ Organization and a recipient of the Ernst & Young Entrepreneur of the Year Award. 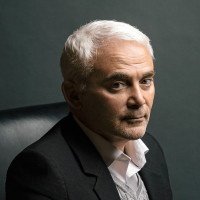 Frank Giustra’s entrepreneurial success extends to both his established works within the natural resource industry and the film industry. He is President and CEO of Fiore Financial Corporation and Co-Chair of the International Crisis Group. In 1997, he founded Lions Gate Entertainment Corp. Frank worked with current Thunderbird Interim Chair Marni Wieshofer while at Lions Gate Entertainment. He is also a global philanthropist working in the areas of refugee resettlement, poverty alleviation, conflict prevention, food security and education. 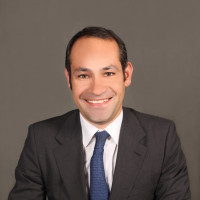 Jérôme Levy was recently Vice Chairman of Archie Comics Publications (“Archie”), the company behind the comic book series of the same name as well as Netflix television series Riverdale and Chilling Adventures of Sabrina. At Archie, Jérôme oversaw aspects of TV and Film production, publishing, digital, international expansion, licensing and merchandising. He also negotiated production and licensing deals with Warner Brothers, Netflix and Spotify among others. Prior to joining Archie, Jérôme was a Managing Director of Houlihan Lokey’s Technology, Media & Telecom Group. He joined Houlihan Lokey after its acquisition of MESA, a boutique advisory firm specializing in digital and traditional media transactions, where he was a Co-Founder and Managing Partner. There, he spearheaded an array of investment banking, strategy and capital raising engagements for companies throughout the entertainment space including Endemol, Banijay and Tinopolis. Jérôme holds a B.A. from Northwestern University and an MBA from The Wharton School of Business at the University of Pennsylvania. 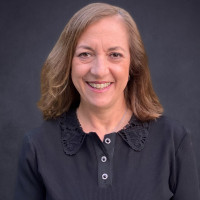 Linda Michaelson is a Partner and a Practice Group Leader for the Corporate and Securities Practice at Sheppard Mullin Richter & Hampton, LLP, based in Los Angeles. Linda brings with her a broad range of experience in the public and private sectors, with a focus on companies primarily in the entertainment and digital media, technology, and fashion industries. Among her many accomplishments, she has been recognized multiple years as a Top Entertainment Lawyer in Variety’s Dealmakers Impact Report (most recently in 2021 for deals involving Lions Gate Entertainment and Sony Pictures), and as a Best Lawyer in Entertainment Law – Motion Pictures & Television in Best Lawyers of America (2018 and 2022). In 2020, she was recognized in Daily Journal’s Top Women Lawyers listing, and in 2021, was recognized in Women of Influence: Attorneys in the Los Angeles Business Journal. Linda also serves on the board and executive committee of the non-profit legal services organization, Bet Tzedek.

Jennifer Twiner McCarron is an award-winning producer and has been the CEO of Thunderbird Entertainment Group since 2018. Having joined Atomic Cartoons (Thunderbird’s Kids and Family division) as the Head of Production in 2011, Jenn was promoted to its chief executive in 2016, and under her leadership the studio grew from 25 artists to more than 1,200 today. She continues to hold both CEO roles, overseeing Thunderbird’s overall business as well as a team of more than 1,400 people across Vancouver, Toronto, Ottawa and Los Angeles. 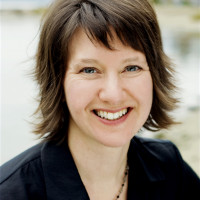 Barb Harwood is CFO of Thunderbird Entertainment, a creative-driven, pure play content production studio that creates and owns award-winning scripted, factual, and animated programming. She is responsible for all the company’s finance functions, including strategic planning, corporate and production finance, audit, accounting, and taxation. Barb’s career in the entertainment industry has spanned 30+ years, 17 of it at Thunderbird. She has previously sat on the board at the BC Branch of the Canadian Media Production Association (CPMA) and is a CPA and a graduate of the University of British Columbia with a BA in Film. In 2021 Barb was the recipient of BC’s CFO of the Year awards and was one of ten winners in the Finance Category of the Globe and Mail’s Report on Business’ Best Executive Award. 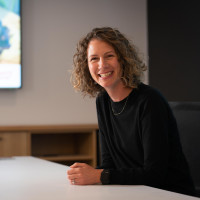 As Chief Operating Officer, Sarah Nathanson works to support all divisions of Thunderbird Entertainment in their growth trajectories, and she took on the role of Corporate Secretary in 2021. She also serves as the company’s General Counsel, helping to guide teams across Thunderbird Entertainment from IP development and production, through to licensing and merchandise opportunities. Additionally, Sarah is actively involved in advocating for the TV and film industry as a whole and currently sits on the board of directors of the Canadian Media Producers Association and creative tech association DigiBC. 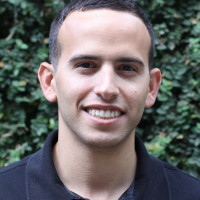 Matthew joined Atomic Cartoons in 2016 as Vice President of Original Content when Atomic opened its Los Angeles office. He was later appointed to serve as Chief Creative Officer for Thunderbird and Atomic Cartoons in 2019. In 2021, he was promoted to the role of President for Thunderbird.  As President, Matthew supports Thunderbird’s long term growth strategy to expand, develop and exploit the Company’s diverse library of owned-IP across all three divisions – Atomic, Great Pacific Media and Thunderbird Scripted. He also provides oversight and guidance to leadership teams across the Company. In addition to this, Berkowitz serves as an Executive Producer on various productions, including the Emmy award winning The Last Kids on Earth for Netflix, and Dogs in Space for Netflix. He also manages an IP slate that includes titles such as Princesses Wear Pants, and tokidoki, among others. Berkowitz is also a producer on the animated feature film Extinct, directed by David Silverman, who directed The Simpsons Movie and is the Supervising Director of The Simpsons. 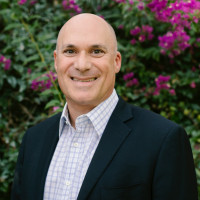 Richard is the President of Thunderbird’s Global Distribution and Consumer Products division and oversees the sale of Thunderbird’s productions to media platforms as well as related consumer experiences. He has led production, media distribution, licensing and merchandising and business development for major brands at The Walt Disney Company, Warner Bros. Entertainment, The Jim Henson Company and Chartwell Partners, the investment company that controlled Spanish media group Univision Communications.  Prior to joining Thunderbird, Richard was President and CEO of Cyber Group Studios USA, a subsidiary of the Paris-based animation company.  Since 2016, he has also served as an Adjunct Associate Professor at the University of Southern California’s School of Cinematic Arts, John C. Hench School of Animation & Digital Arts, where he teaches graduate-level animation artists about the business of animation.

We are all skilled artists at our core. Beyond that, we are a diverse crew from myriad backgrounds, cultures, countries, beliefs and lives. Our drive to create unites us and our individuality fuels the quality and the content of our work.