27 shows in production; 12 IP or Partner-Managed

“Content remains king and Thunderbird is laying the foundation to sustainably grow with the ever-increasing demand. With quality as our North Star and our focus on maintaining a culture that is diverse, inclusive and promotes excellence, Thunderbird will continue to lead in delivering premium content to our partners, further driving shareholder value,” said Jennifer Twiner McCarron, Thunderbird CEO. 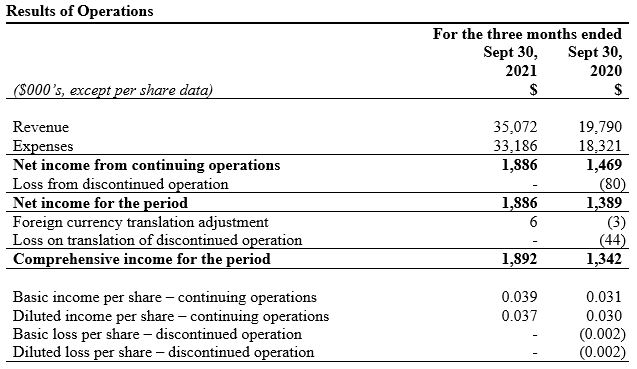 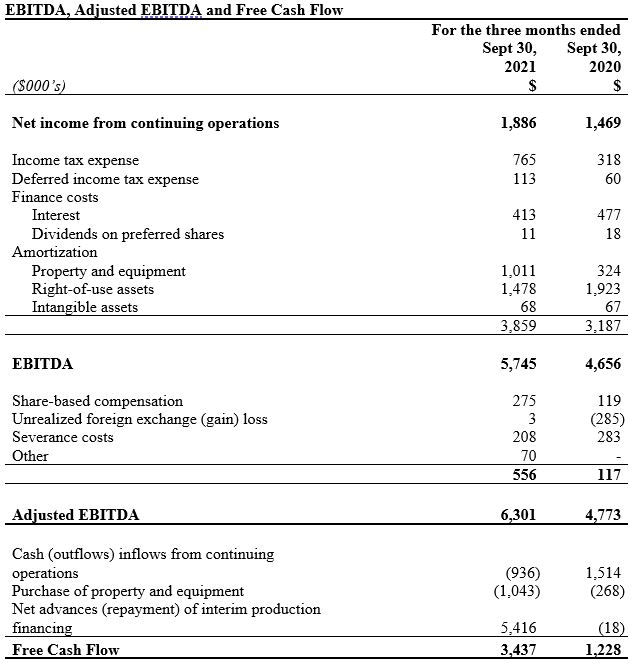 Thunderbird will hold a conference call and webcast to share the Company’s Q1 financial results on November 29, 2021 at 8 a.m. PT/ 11 a.m. ET. The conference call will be webcast live and available for replay via the “Investors” section of the Thunderbird website.

Participants joining by phone are requested to call the conference line 10 minutes early to avoid wait times while connecting to the call. The conference call will be webcast live and available for replay via the “Investors” section of the Thunderbird website. Investors can access a replay of the teleconference at: (+1) 416-621-4642 or toll-free at (+1) 800-585-8367 three hours after the call’s completion. The Conference ID # is 2977972. The teleconference replay will be available through December 13, 2021.

NON-IFRS MEASURES
In addition to the results reported in accordance with IFRS, the Company uses various non-IFRS financial measures which are not recognized under IFRS, as supplemental indicators of our operating performance and financial position.  These non-IFRS financial measures are provided to enhance the user’s understanding of our historical and current financial performance and our prospects for the future.  Management believes that these measures provide useful information in that they exclude amounts that are not indicative of our core operating results and ongoing operations and provide a more consistent basis for comparison between periods. The following discussion explains the Company’s use of EBITDA, Adjusted EBITDA, and Free Cash Flow as measures of performance.

“Free Cash Flow” (“FCF”) is calculated based on cash flows from operations, purchase of property and equipment and net interim production financing. FCF represents the cash a company generates after accounting for cash outflows to support operations and maintain its capital assets.