Adjusted EBITDA $4.8 million, an increase of 32% year over year

25 programs in production in Q1, with 10 being owned- or partnered-IP

“Thunderbird was right on track in Q1 with 25 shows in various stages of production, an increase from 21 shows at this time last year. During the quarter, we were thrilled to be launching new partnerships and hiring additional talent to meet the heightened demand for premium content,” said Jennifer Twiner McCarron, CEO, Thunderbird. “Looking forward, we have visibility well into Fiscal 2022, and are perfectly positioned to keep delivering and executing on Thunderbird’s strategic and financial objectives.” 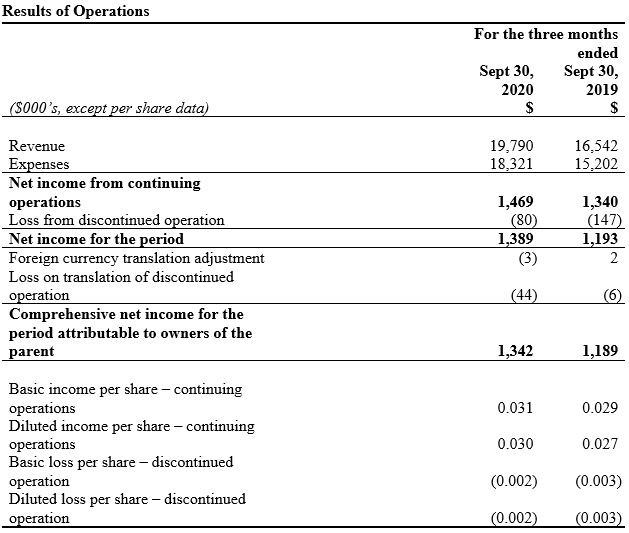 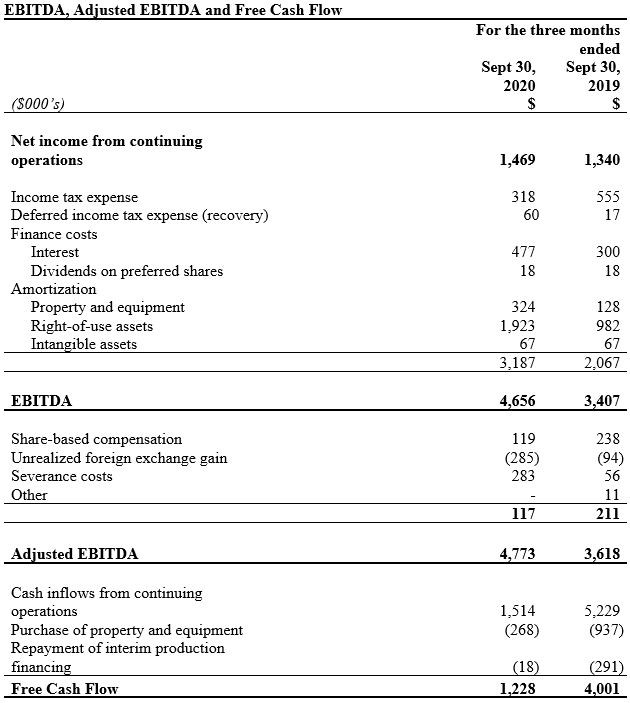 The Company also announced the issuance of 55,698 common shares to Jennifer Twiner-McCarron at a deemed price of $2.045 per share.    The issuance reflects partial consideration for a performance bonus earned during the fiscal year ended June 30, 2020, in accordance with the terms of Ms. Twiner McCarron’s employment agreement.

Thunderbird will hold a conference call and webcast to share the Company’s Q1 financial results on December 1, 2020 at 11 a.m. PT/ 2 p.m. ET. The conference call will be webcast live and available for replay via the “Investors” section of the Thunderbird website.

Participants joining by phone are requested to call the conference line ten minutes early to avoid wait times while connecting to the call. Investors can access a replay of the teleconference at: (+1) 416-621-4642 or toll-free at (+1) 800-585-8367 three hours after the call’s completion. The Conference ID # is 8399875. The teleconference replay will be available through December 15, 2020.

For information on Thunderbird and to subscribe to the Company’s investor list for news updates, go to www.thunderbird.tv.