Kim’s Convenience stars go back to school in St. John’s

You wouldn’t think that the town of Logy Bay-Middle Cove-Outer Cove would have much in common with a fictional Korean-family-run convenience store in Toronto but on Tuesday night those two worlds met head on.

Kim’s Convenience star Nicole Power grew up in the town and is now enjoying on-screen success as Shannon Ross, the manager of a car rental company who has a crush on the son of the owners of Kim’s Convience.

“It’s been really amazing and kind of a blur,” she said. 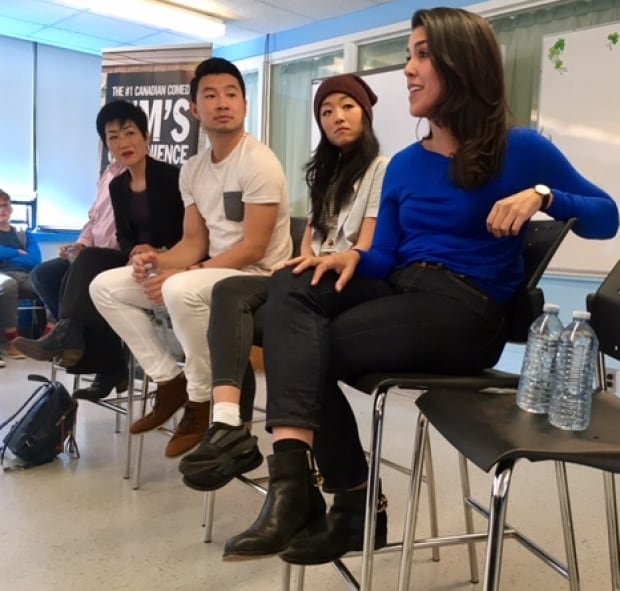 But before her breakout role on the popular CBC show Power cut her teeth in Jacinta Mackey-Graham’s theatre arts class at Gonzaga High School in St. John’s.

“I was so inspired by my time here,” said Power.

“There were so many opportunities. I took for granted how rich the arts community is in St. John’s and how many chances you get to perform here.”

As part of a coast-to-coast tour taking the actors from Vancouver to St. John’s, the cast paid a visit to Gonzaga to pose for pictures with students, answer questions and offer advice. 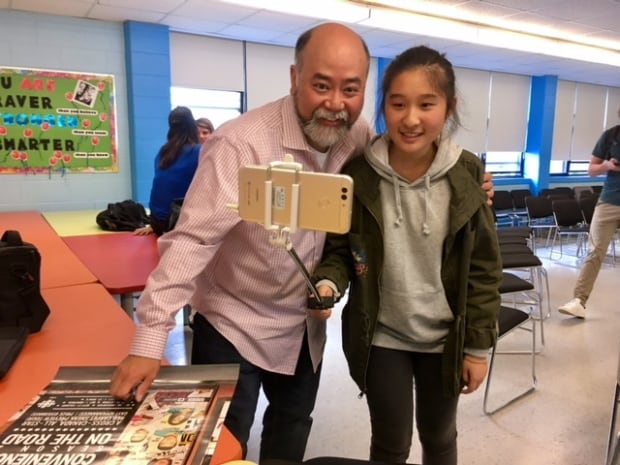 “It can be scary. It was really hard for me,” she said.

“My advice to them was if that was something they wanted to do then to take advantage of it while they can and also just embrace that they should follow their dreams and kind of go for it.”

On Tuesday night, surrounded by her co-stars, family and friends, the town of Logy Bay-Middle Cove-Outer Cove made the rare move of giving the actress a key to the town.

With the public appearances finished, the tour is over but the show’s second season just started.

“The response has just been incredible so I am selfishly very happy for it to end in Newfoundland and Labrador, for me to show everyone where I am from and why I brag about being from here so much,” she said.